Cuban sculptor and professor Rafael San Juan celebrates the spirit of Cuban women in Primavera. His monumental sculpture, which was created for the 2015 Havana Biennial, is a study in movement and sensuality inspired by dancers from the Cuban National Ballet.

Primavera (Spring) soars 26 feet high over the corner of Galiano and Malecón, a long promenade looking out to the sea. With a powerful, wistful expression, Primavera gazes out into the water, her head topped with a crown of flowers. Its creation fulfilled a years-long dream for San Juan, who wanted to erect a permanent gift to the city of Havana.

Looking to bring a dynamism to the sculpture, San Juan was inspired by the words of Viengsay Valdés, lead dancer of the Cuban National Ballet. “Studying of the movement of Valdés conveyed the spirit of the piece to me and then her explanation of her concept of the Cuban woman captivated me,” he shared. “One of the suggestions she made was not to have her looking down, as here women are strong, they confront happiness, work, problems head-on.”

Formed from two tons of recycled steel, the artist spent over 3 months fabricating the sculpture, carefully molding the hard material into a piece that conveys movement. Using found material was important to San Juan, as it allowed him to transform industrial waste into a new monument for Havana. “This discarded, dead steel, to give it life through art, it was a challenge for me, and it’s a gift I would like to offer nature, which has allowed us to be here,” he told the Havana Times.

And now, well after the Biennial’s end, Primavera sits on her perch in Havana, contemplating life and the sea.

Primavera, whose face is modeled on a number of different models, is a tribute to the strength of Cuban women. 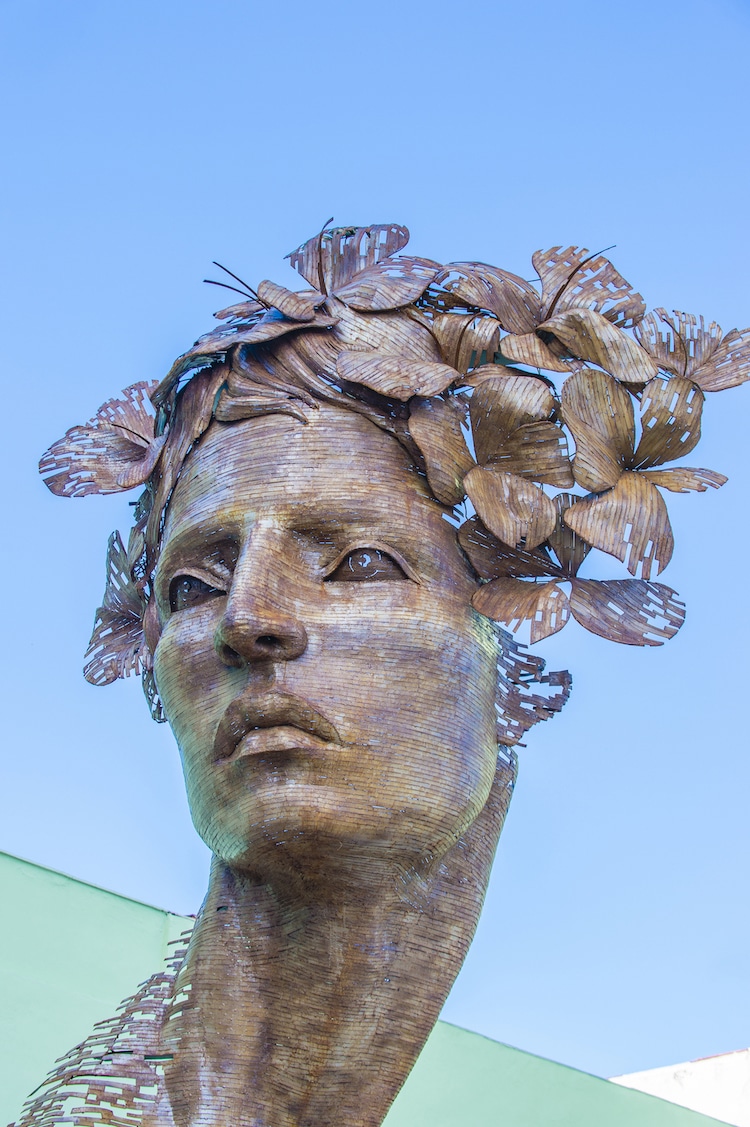 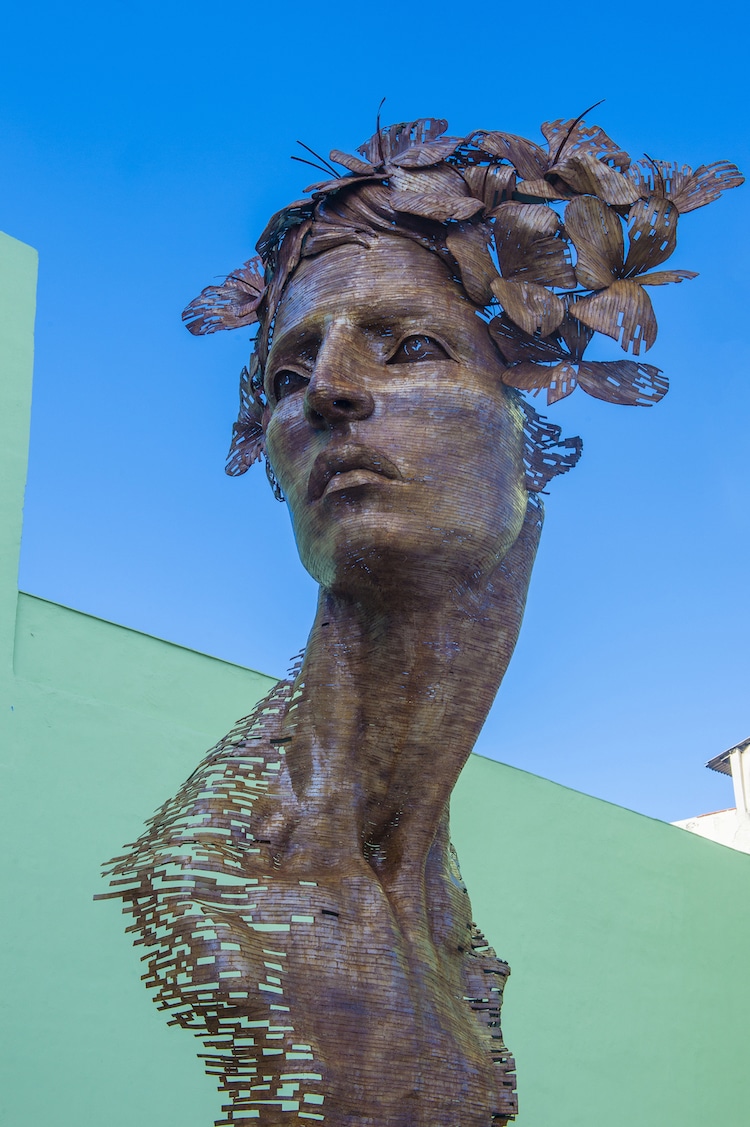 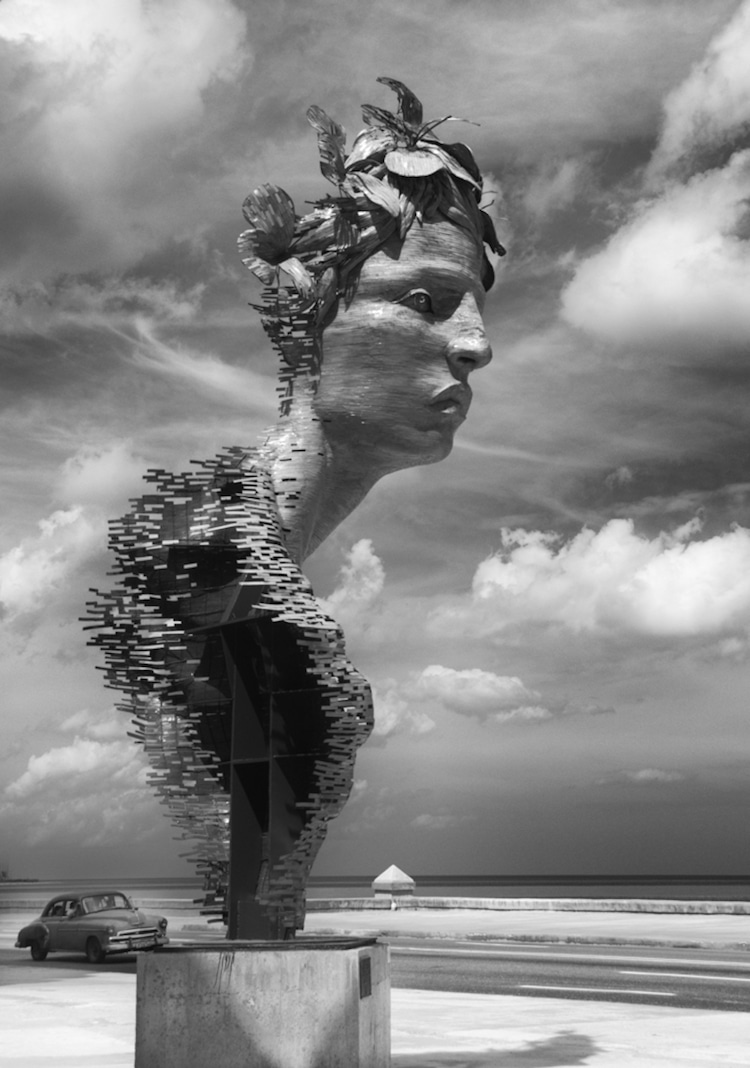 Article from MY MODERN ART