Michelangelo di Lodovico Buonarroti Simoni, better known as Michelangelo, is one of the most famous figures of the Italian Renaissance period (between the 14th and 16th centuries AD). The Renaissance marked the transition from the Medieval period to the Early Modern period. During this period of European history, numerous changes and achievements were taking place in the city states of Italy. These included developments in science and technology, as well as in the arts and architecture. Amongst the most well-known figures of the Renaissance are Dante Alighieri , Niccolò Machiavelli, Leonardo da Vinci , Donatello, as well as Raphael and, of course, Michelangelo.

Michelangelo Finds His Niche as an Artist

Michelangelo was born in Caprese, near Florence, on March 6, 1475. Shortly after his birth, Michelangelo and his family moved to Florence. Though he would travel to other parts of Italy during his lifetime, it has been said that Michelangelo considered Florence as his true home.

Evidence for his feelings may be seen in the fact that he had requested to be buried in Florence upon in death. Therefore, when Michelangelo died in Rome in 1564 at the age of 88, his body was taken to the Basilica di Santa Croce in Florence to be interred. 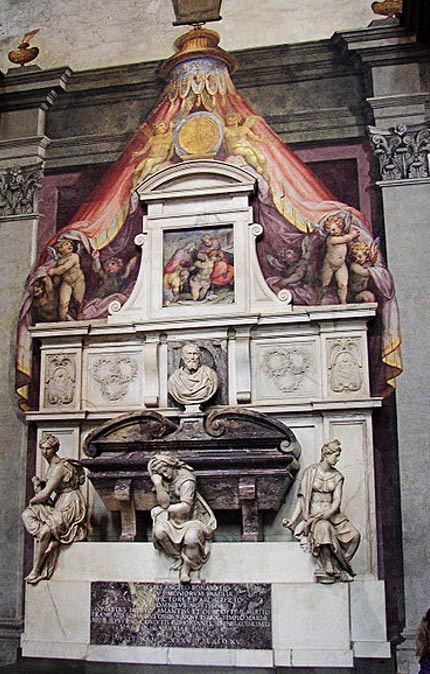 Initially, Michelangelo’s father did not approve of his son’s interest in art as a career. In 1488, however, Michelangelo became an apprentice of the painter Domenico Ghirlandaio, who was known for his murals. A year later, his talents caught the attention of Lorenzo de’ Medici, Florence’s leading citizen and art patron. As a result, Michelangelo was invited to live in the home of the Medicis , an invitation that he accepted. 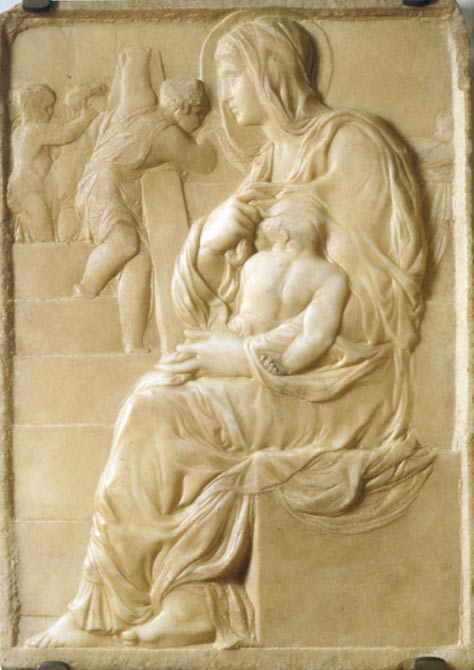 Elsewhere in Italy at the same time, Leonardo da Vinci was starting to produce his most important works, and scholars have argued that this marked the beginning of the High Renaissance, the high point of visual arts of the Italian Renaissance.

How the Medicis Aided Michelangelo

For Michelangelo, his best-known works would only be produced a little later. In the meantime, he was learning and being inspired by the members of Lorenzo’s intellectual circle. More importantly, perhaps, was the fact that during his time in the Medici household, Michelangelo was able to study classical sculpture under the famous sculptor Bertoldo di Giovanni. Michelangelo would always consider himself first and foremost a sculptor.

The death of Lorenzo de’ Medici in 1492 was indeed a blow to Michelangelo, as well as to the city of Florence. This marked the end of Florence’s Renaissance heyday, as a fanatically religious monk by the name of Savonarola came to power and succeeded in expelling the Medici family from Florence. 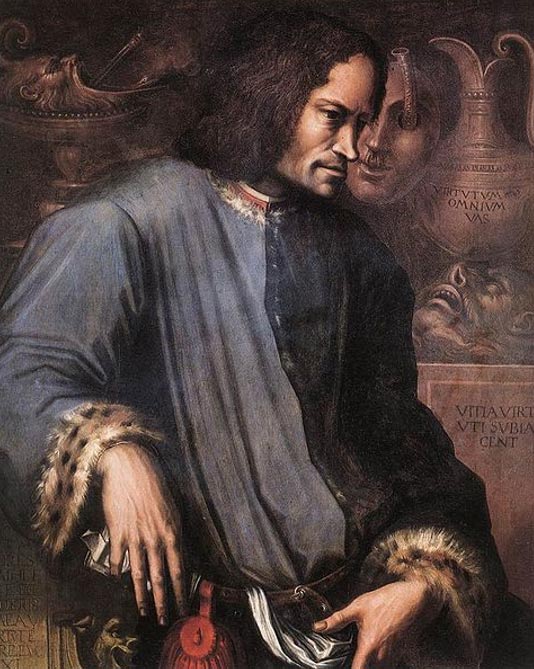 After a short return to his father’s house, Michelangelo left Florence and followed the Medicis to Venice, then Bologna. The next stop for Michelangelo was Rome, but it was a deception that brought Michelangelo to the Eternal City.

The story goes that whilst in Bologna, Michelangelo was involved in a scheme to sell one of his sculptures as an ancient work of art. It has been claimed that Lorenzo di Pierfrancesco de’ Medici, who belonged to the junior branch of the House of Medici, told Michelangelo to make his sculpture look as though it had been dug up, so that it could be sold to Cardinal Raffaele Riario in Rome. 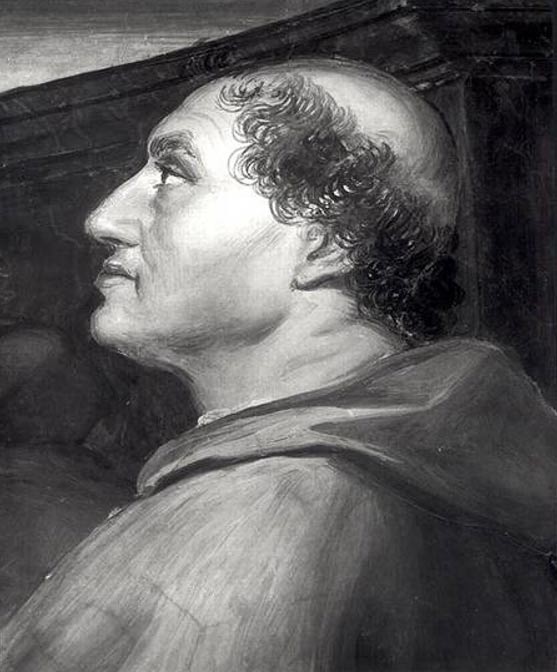 The cardinal bought the piece, though he later discovered the deception. Nevertheless, he was so impressed with the quality of the sculpture that he decided to invite Michelangelo to Rome, where he would live and work for much of the rest of his life.

Creation of Michelangelo’s Most Famous Sculptures: Pietà, David, and Moses

Whilst in Rome, Michelangelo met Cardinal Jean Bilhères de Lagraulas, a representative of the French King Charles VIII to the pope, in 1498. The cardinal commissioned Michelangelo to produce a sculpture of Mary holding the dead Jesus across her lap to grace his future tomb. This sculpture, known as the ‘Pietà’, was finished in less than a year, and was placed in the church of the cardinal’s tomb. Eventually the Pietà was moved to St. Peter’s Basilica in the Vatican City , where it is still admired by throngs of visitors. 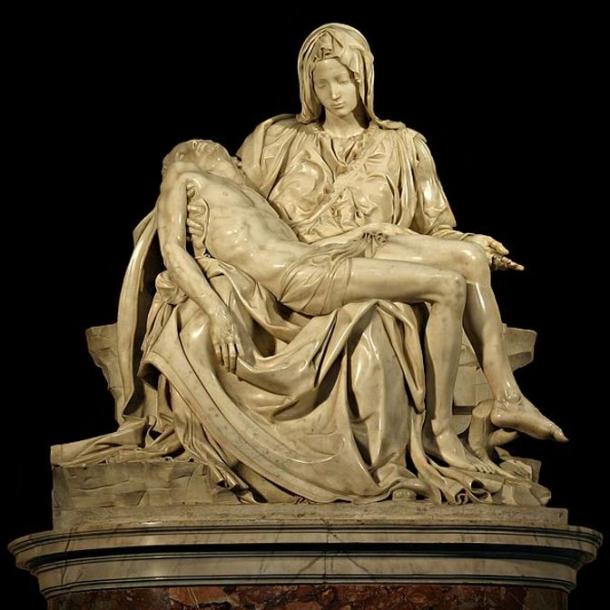 Michelangelo’s next masterpiece was another extremely well-known piece of art – the marble sculpture known as ‘David’. This was commissioned by the city of Florence to enhance the city’s Duomo (Italian cathedral), the Cathedral of Santa Maria del Fiore. Thus, in 1501, Michelangelo was back in Florence, where he produced the sculpture which is now one of the greatest symbols of Florence and its artistic heritage. 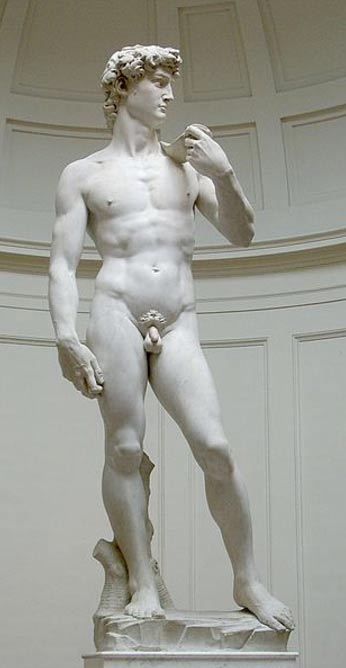 Michelangelo’s creative streak continued, as he was summoned back to Rome in 1505 by Pope Julius II to design the Pope’s own tomb. The project was never completed, however, due to several factors. Nevertheless, a sculpture of Moses was eventually produced for that tomb. 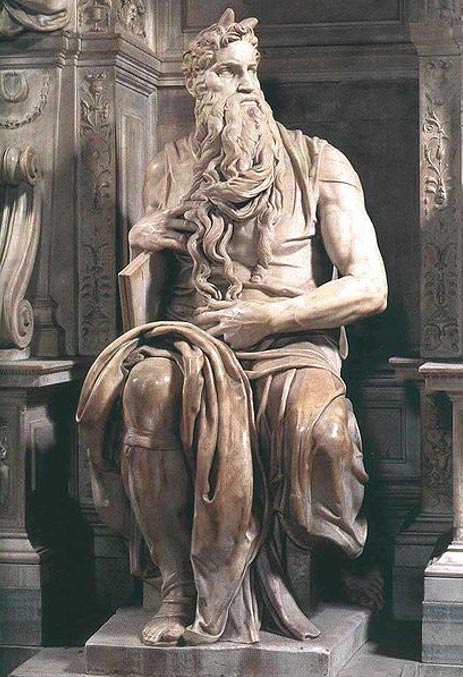 Michelangelo Becomes Renowned as a Painter

In 1508, Michelangelo was commissioned to paint the ceiling of the Sistine Chapel. It has been said that this was originally a plot devised by Rome’s artistic community to bring Michelangelo down, as they felt threatened by his rapid rise. They reasoned that Michelangelo would inevitably fail, as he had no experience in painting frescoes. Even if he did succeed, the commission should put him out of competition for some time, which would help them increase their own work.

The artist initially refused, as he insisted that he was a sculptor, not a painter. The Pope’s insistence, however, prevailed, and Michelangelo finally agreed to undertake the monumental task. This was a challenging piece of work, as Michelangelo was required to paint constantly whilst lying on his back on top of a scaffold that brought him within inches of the ceiling.

Beyond his rivals’ expectations, Michelangelo overcame these obstacles and completed his masterpiece after a short four years. Michelangelo fired all his assistants, as he deemed them incompetent, and completed this piece of artwork on his own.

It has been said that the original plan was to depict the 12 apostles, though the ceiling of this sacred space ended up with over 300 figures. 12 figures (seven prophets and five sibyls) were painted around the border of the ceiling, which was then filled with scenes from Genesis. One of the most iconic of these scenes is the ‘ Creation of Adam .’

Detail of the ‘Creation of Adam’ by Michelangelo. ( Public Domain )

The physical rigor of this work took its toll on Michelangelo. Though he continued to paint and sculpt, Michelangelo became increasingly involved in architectural projects as well, and was eventually appointed as the chief architect of St. Peter’s Basilica in 1546.

Michelangelo’s Health Suffered For His Work

The Telegraph reports that the famed artist’s health almost certainty suffered for his perseverance in work. There are signs he may have suffered with chronic osteoarthritis later in his life. Dr. Davide Lazzeri, a specialist in plastic reconstructive and aesthetic surgery at the Villa Salaria Clinic in Rome, examined various paintings of Michelangelo and found that there were three paintings, created when Michelangelo was between the ages of 60 and 65, which “show that the small joints of his left hand were affected by non-inflammatory degenerative changes that can be interpreted as osteoarthritis. In earlier portraits of the artist his hands appear with no signs of deformity.”

Italian scientists have suggested that the heavy hammering and chiseling probably led to the deformity of his hands, but his continued work after symptoms started may have been helpful in maintaining the usage of his hands for a time as well. As Dr. Lazzeri said , “It is clear from the literature that Michelangelo was afflicted by an illness involving his joints. In the past this has been attributed to gout but our analysis shows this can be dismissed.” However, “The diagnosis of osteoarthritis offers one plausible explanation for Michelangelo’s loss of dexterity in old age and emphasizes his triumph over infirmity as he persisted in his work until his last days. Indeed, the continuous and intense work could have helped Michelangelo to keep the use of his hands for as long as possible.”

Charles White Inspired Some of Today’s Most Famous Artists. Now, Museums and the Market Are Finally Giving Him His Due
Historian Identifies Subject of Van Gogh’s “Gardener”