How to Be an Artist, According to Henri Matisse In the early 20th century, a 30-something Frenchman named Henri Matisse shocked the Parisian art world with his painting Woman with a Hat (1905). His application of radically expressive colors to his subject—teal on her face, orange on her neck, pink and blue on her arms—made no logical sense, leaving viewers and critics scratching their heads.

But these decisions made sense to Matisse, who used such strange, vivid colors to render not what he saw in reality, but what he felt. This approach would lead to the development of Fauvism, one of the first modern art movements, and would cement Matisse’s place as one of the greatest painters in modern art history.

Between his early lectures as an art teacher, various interviews with journalists, personal letters to family members, and general musings on art, Matisse left behind dozens of texts that make clear his thoughts on what it truly means to be an artist. Here, we gather four of the recurring themes in Matisse’s writings, from battling creative block to overcoming adversity.

Lesson #1: Master the basics, then be expressive 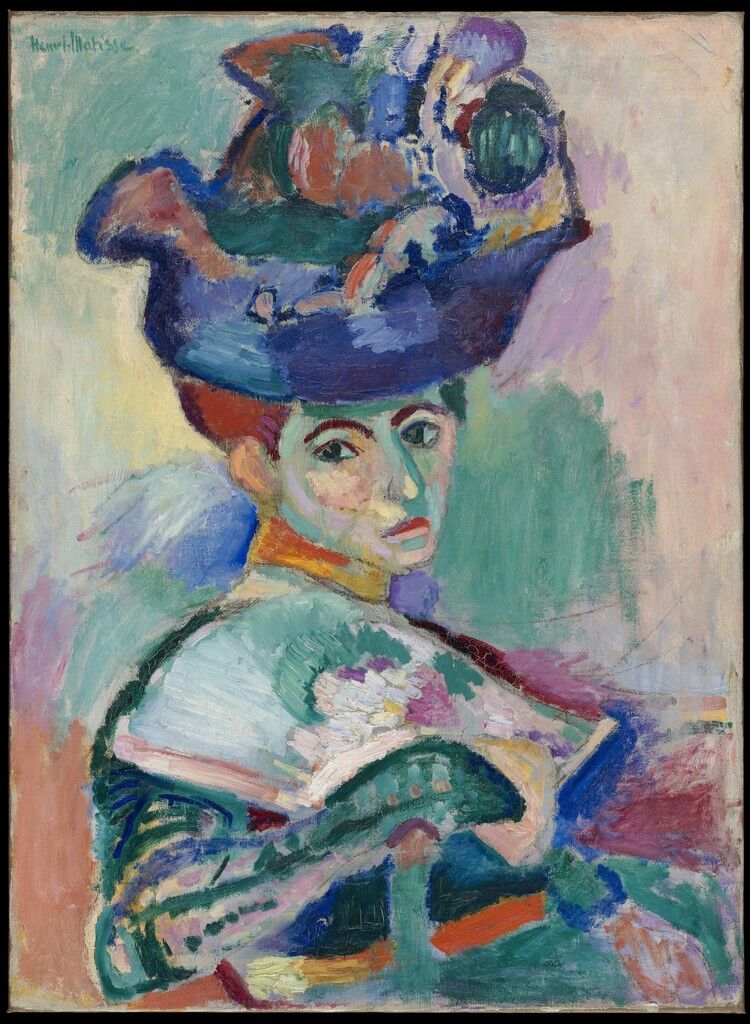 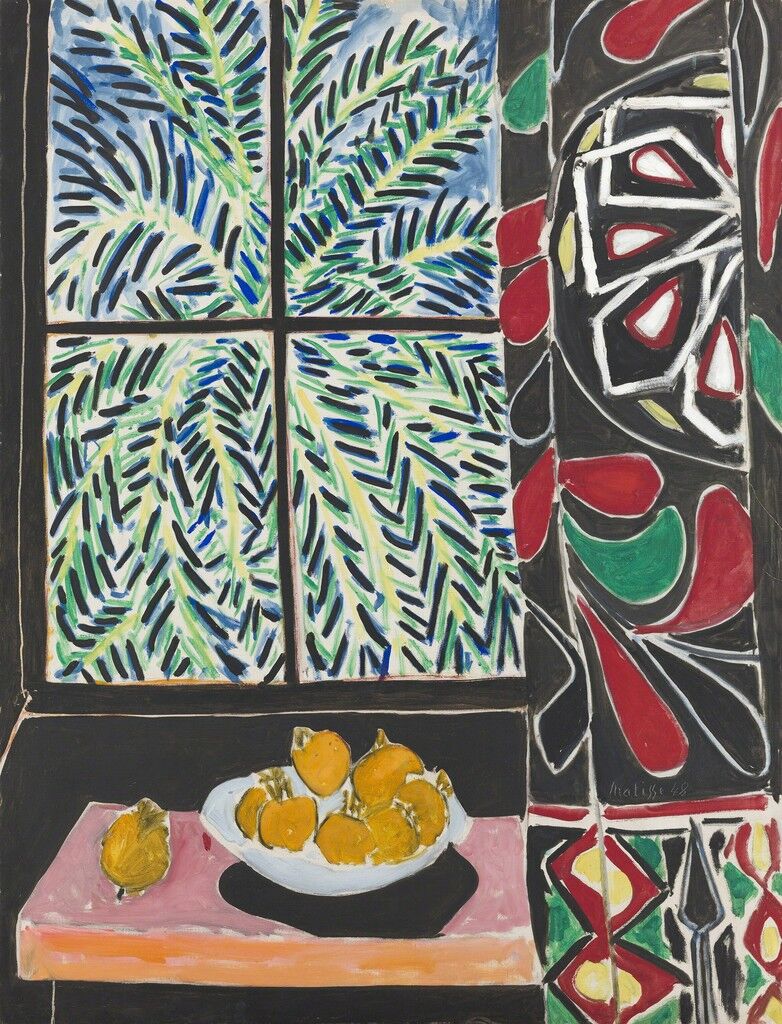 To put it simply, Matisse’s number-one artistic mantra, which underlined essentially every creative choice he made, can be summed up by “expression is everything.” In his own words, from 1908, “The entire arrangement of my picture is expressive: the place occupied by the figures, the empty spaces around them, the proportions, everything has its share.”
He sought to “express light, not the physical phenomenon, but the only light that really exists, that in the artist’s brain,” he wrote in 1945. Although Matisse was able to achieve this most-important personal expression, he believed that, before another artist can do the same, they first must learn the basics of art-making—composition, line, and so forth—and be well-versed in the masters.

As a student, Matisse went to the Louvre to copy works by artists like Raphael, Nicolas Poussin, and Annibale Carracci; he was instructed to do so by his own teacher, Gustave Moreau. “It would be wrong to think that there has been a break in the continuity of artistic progress from the early to the present-day painters,” Matisse wrote in 1935. “In abandoning tradition the artist would have but a fleeting success, and his name would soon be forgotten.”

Indeed, in the class he began teaching in 1908, in the midst of his Fauvist period, Matisse opted to instruct his students on how to draw realistically, “as a student always should do at the beginning,” instead of in the expressive way he worked at the time—much to some students’ chagrin. He later compared this artistic learning period to that of an acrobat, “[who] executes his number with ease and an apparent facility. Let’s not lose sight of the long preparatory work which permitted him to attain this result,” Matisse wrote in 1945. “It is the same with painting.”

Lesson #2: Make up your own rules 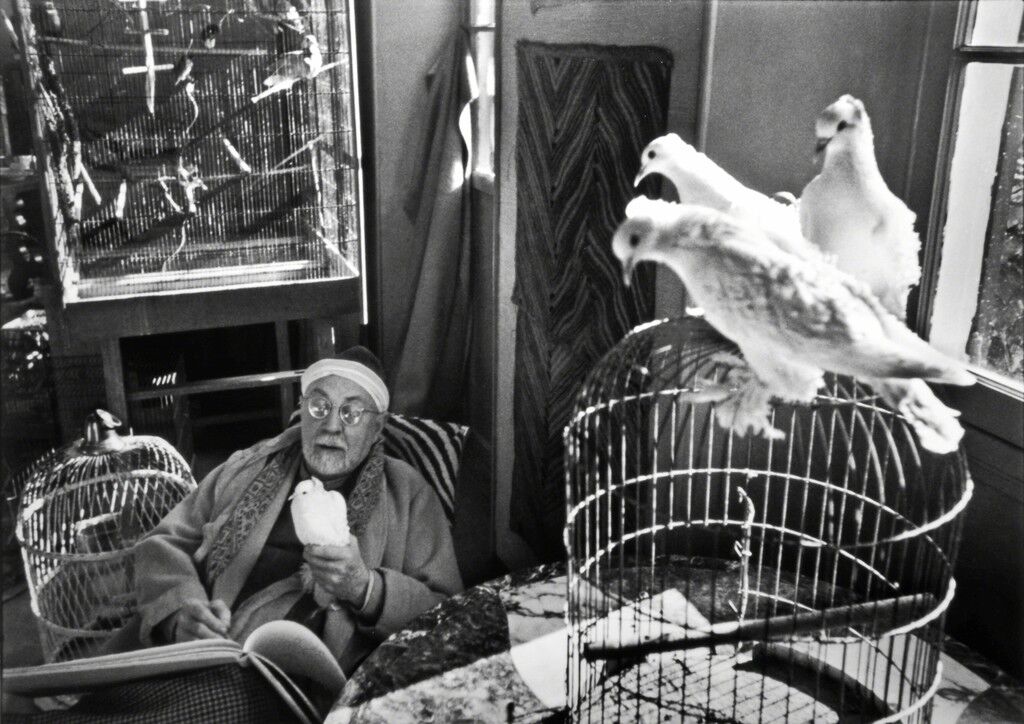 Matisse was quite the rule-breaker, from a young age. First, he left law school in 1892 to begin painting. Shortly thereafter, he abandoned his studies under traditional academic artists, who forced him to paint classical still lifes and landscapes. In 1898, after being introduced to Impressionism, Matisse decided to spend the entire year painting how he really wanted to.

“I worked only for myself. I was saved,” he later recalled of that year. “Soon the love of materials for their own sake came to me like a revelation. I felt a passion for color developing within me.”

That “passion for color,” of course, developed into Fauvism. Alongside André Derain, Maurice de Vlaminck, and other artists, Matisse fearlessly applied bright pigments to his landscapes and portraits, attracting negative reactions from the art world upon the exhibition of his work—first at the Salon d’Automne in Paris in 1905, and then at The Armory Show in New York and Chicago in 1913 (one American paper used the headline “Henry Hair Mattress Found Guilty of Every Artistic Sin on Calendar”).

Despite the backlash, Matisse stuck to his guns. In 1912, in response to why he painted tomatoes blue in one canvas, he said, “Because I see them that way, and I cannot help it if no one else does.”
Matisse continued to champion originality throughout his career, particularly in his use of color. For example, he frequently used black paint in his canvases, unlike most of the Impressionists he and his peers followed.
In Jazz, his seminal book of cut-outs and musings from 1947, Matisse called for the obliteration of any and all artistic tropes: “A new picture must be a unique thing.…The artist must summon all his energy, his sincerity, and the greatest modesty, to shatter the old clichés that come so easily to hand while working.”

Lesson #3: Surround yourself with things you love—they will inspire you 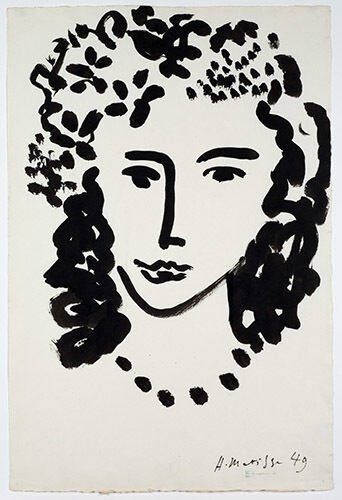 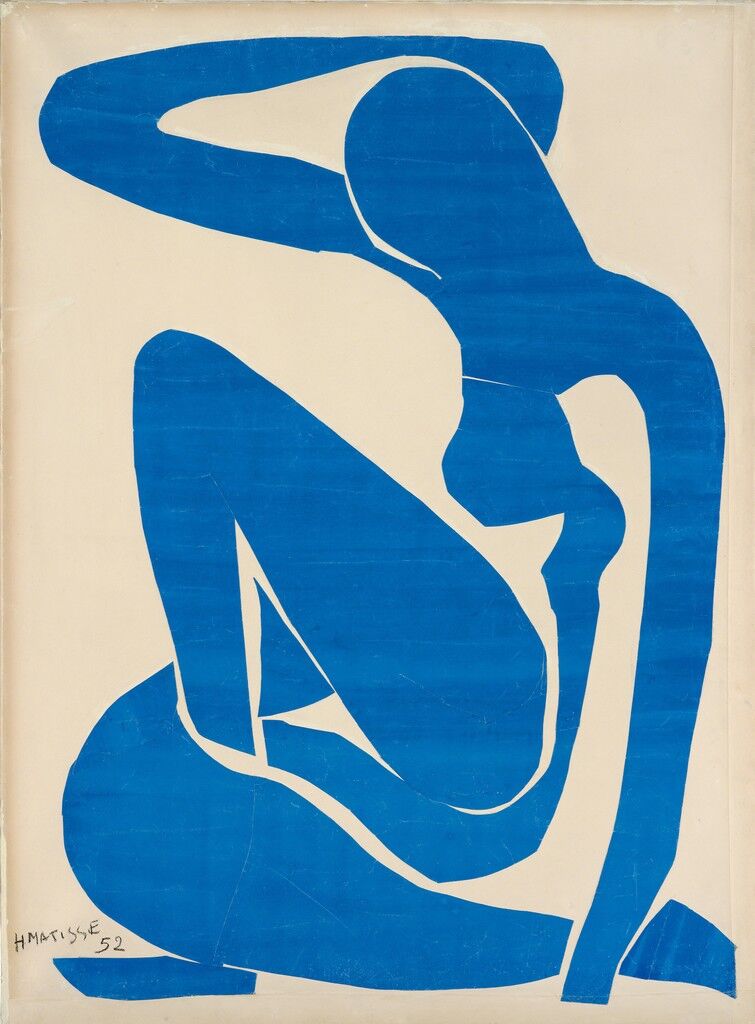 Matisse’s workspaces were akin to otherworldly dreamscapes pulsating with pleasure. “Here and there,” described art historian Georges Salles in 1952 of the artist’s studio in Nice, “[Matisse’s work] finds reflections in marble, in gilt wood, faïence, Oriental cloths—a whole curio shop for some daily magic: apparatus of a fantastic laboratory of visual alchemy.”
Indeed, both in Nice and the southern French town of Vence (where he named his villa La Rêve, or “The Dream”), Matisse constantly kept nearby his “working library”—a large cache of ceramics, textiles, statuettes, plants, birds, and other objects that captured his fascination. Not only were they visually appealing, these items also served as subject matter for his work—perhaps one reason why he seems to have rarely faced creative block throughout his prolific, five-decade career. “The object is an actor,” he once offered. “A good actor can have a part in 10 different plays; an object can play a different role in 10 different pictures.”
Among Matisse’s favorite objects were a turquoise blown-glass vase from Spain; an engraved pewter jug and a chocolate pot, both from France; Northern African curtains and screens known as haitis (which likely reminded the artist of his youth in a French textile-producing town); and the philodendron plant, particularly its offshoot called Monstera deliciosa. This tropical plant—whose leaves develop gaping circles as it matures, giving it the nickname “swiss cheese plant”—appears in a number of Matisse’s paintings beginning in the 1930s. Its unique appearance also seems to have have directly inspired some of his later, floral-infused cut-out works, such as La Perruche et la Sirène (1952) and La Gerbe (1953).

Lesson #4: Don’t let anything keep you from making art In January 1941, the 72-year-old Matisse returned from a doctor’s visit with an ominous diagnosis: duodenal cancer. Though the surgery to remove the rare intestinal cancer ended up saving his life, the elderly artist nearly died from complications. Afterwards, he had to spend his remaining years in bed, or in a wheelchair.
But rather than let his bedridden state mark the end of his creative output, though, Matisse saw it as an opportunity for new beginnings. He reorganized his bedroom so that everything he needed to make art was within reach: a bedside table with drawers containing art supplies; a revolving bookcase holding classics and dictionaries; and a wooden board placed atop his knees, on which he made sketches and sculptures. For paintings and larger drawings, Matisse would attach a paintbrush or pieces of charcoal to the edge of a long pole, allowing him to reach the easel at the end of his bed.
Even as his physical condition deteriorated further, forcing him to eventually give up painting, Matisse continued to make art in the form of cut-outs, a cut-paper technique he first explored in the previous decade. Now, the artist had assistants pre-paint pieces of paper with gouache in his preferred hues, which he would cut into various shapes and paste onto paper, all from the comfort of his bed. This allowed the artist to create art on a scale more monumental than ever before, despite his limited mobility. Some works, like Swimming Pool (1952), measured up to 54 feet in width.
In letters to his son, Pierre, the elder Matisse described this unexpected creative outburst post-surgery. “I’m still here. I concentrate on one thing only—my work, for which I live,” he wrote. “From the point of view of my mental balance, my operation was quite extraordinary. It gave me a new equilibrium. It put my ideas in order. It gave me a second life.”
Kim Hart
From Artsy
11 Radical Latin American Women Artists You Should Know
Remembering: How John Berger Changed Our Way of Seeing Art