Dhaka, Bangladesh – As my eyes adjusted to the dim light, I was transported from the Shilpakala Academy in Bangladesh’s capital, Dhaka, to the edge of a vast and dark ocean, whose choppy waters appeared to stretch out into an endless and untraversable horizon.

Disoriented, I felt unsure of the ground beneath my feet.

I was looking at Kalapani or Black Waters, a video installation by Indo-Caribbean artist Andrew Ananda Voogel, whose ancestors were plucked from colonial India and shipped across the oceans to work as indentured labourers in Britain’s colonies in the Caribbean. It evoked for me the loss and longing of exile – a topic that has never been more urgent, living as we do in a world where more people are displaced due to conflict and persecution than any time since World War II.

“I wanted to reflect that journey into the unknown and the accompanying loss of sense of self and identity,” Voogel, whose work was on display at the Dhaka Art Summit in early February, told Al Jazeera.

“This is a story that is ongoing.”

That theme of dispossession runs through this year’s Dhaka Art Summit, the newest hub for contemporary art on the global circuit.

“We are living in crazy times right now,” she said.

“There’s so much pressure mounting, as if something is going to explode.”

That urgency charged the dizzying array of art, spread out over four floors at Dhaka’s Shilpakala Academy, last week.

The fourth edition of the summit brought together works from more than 300 artists, with installations that touched on a range of issues, from migration and labour, to religious and ethnic conflict, as well as environmental destruction and climate change.

At the centre of the exhibitions is Bangladesh, a country of 165 million afflicted by political and religious turmoil, a refugee crisis and poverty.

“But Bangladesh has only been poor for the past 150 years. Before that, it was one of the richest civilisations of all time. Colonisation destroyed that,” Bentancourt Campbell said.

“We want to reorient how people think, to ground ourselves in the past, so we can think towards a better future.”

According to Betancourt Campbell, the main aim of the nine-day summit, which also featured a series of lectures and performances, was to carve out a space for Bangladesh and its South Asian neighbours outside the India-Pakistan narratives that dominate other South Asian art shows.

“Then we thought, if Bangladesh feels excluded, who else feels shut out when we use terms like Afghanistan, Myanmar, Nepal or Thailand?” she said.

That is why she chose the plight of minority cultures crushed by nation-building in South Asia as the subject of the summit’s main exhibition, Bearing Points.

From Bangladesh’s Hill Tracts, Joydep Roaja blended images of modern warfare weaponry with scenes from bucolic life in his indigenous Tripura community, in stark criticism of the continued and heavy presence of troops, despite 20 years passing since a conflict over indigenous rights ended there.

Even in the remotest areas of the hill tracts, “there is no yard or path which is free from the footprint of the well-trained army soldiers,” he wrote.

From the Kashmir valley, one of the most militarised zones in the world, a two-channel video by Sonia Jabbar played images of valour from a military parade, side by side with haunting portraits of people holding pictures of their missing relatives, up to 10,000 of whom have disappeared since Indian troops began cracking down on separatist rebels in 1989.

“The whole question of Kashmir is no longer looked at in the context of the partition,” said Jabbar, referring to the splitting of Pakistanfrom India in 1948 and subsequent conflict in Kashmir, a northern region claimed by both countries.

“The problem here lies with how we frame nations, religions and identity,” she said. “It is very cruel what states do in the name of nations.”

Also on display was Jakkai Sributr’s Outlaw’s Flags, a series of subverted banners of imaginary nations, made of detritus from the beaches in Myanmar and Thailand where members of the persecuted Rohingya minority are trafficked. The display served as a rallying cry against ideas of nationhood based on ethnicity.

From the western edge of South Asia, Afghanistan, Amin Taasha’s ink paintings spoke to the Taliban group’s attempts to erase the country’s Buddhist past and quash the culture of its Hazara ethnic minority.

Towering clay deities in drag, an installation by Ramesh Mario Nithiyendran, an Australian of Sri Lankan origin, meanwhile looked at what the mythology of a post-gender world might constitute.

“I deal with ideas around idolatry and worship,” he said. “Not necessarily in religious contexts, but the nature of our contemporary society … It’s more about looking at this potential for identities that don’t fit in within fairly rigid categories.”

The Dhaka Art Summit, for Betancourt Campbell, was a forum for South Asian artists and people to come together and consider these lesser-known issues.

“Where is there to go see all of these works? There’s not really a place to do that,” she said.

“It’s easy to see Western art here, because of the generosity of their cultural councils. But to see art of a South Asian country’s neighbours is quite difficult, and so we wanted to do that.” 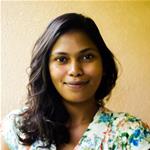 Zaheena is an Al Jazeera journalist based in Doha. She is the former editor of Maldives Independent.