Born of Clay, Fading Into the Sands of Time

It is possible that soon, pottery-making will be nothing more than part of a curriculum restricted to art schools.

In this part of the world, where the remains of Moenjedaro and Harappa provide the world with glimpses of centuries-old craftsmanship, the tradition of pottery is still deeply rooted. However, the market for clay items, while it does exist, is not large enough to accommodate potters, leaving traditional pottery-making to wither into a dying art.
It is possible that soon, pottery-making will be nothing more than part of a curriculum restricted to art schools.
Amidst the old quarters of Rawalpindi in Gawalmandi, surrounded by auto repair shops, there is a small market colloquially known as “kumhaaron ki gali”, or Potters’ Street, which specialises in items made of clay. Historically inhabited by non-Muslims, Muslim immigrants from Eastern Punjab moved to the area after the Partition, replacing the existing Hindu and Sikh population. 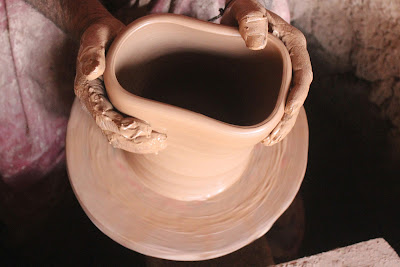 “We migrated from Amritsar, and pottery has been our family business for several generations,” Mohammad Ishaq Butt, who owns a pottery shop in the market, said. He explained that following the Partition, several potters’ families settled in the area and resumed their old trade.
Along Potters’ Street, a customer can find household items and crockery fashioned out of play. The items range from water tumblers, to water coolers, oil lamps, piggy banks and gardening pots, amongst many others.
However, despite the existing market, and the centuries’ old tradition, several shop owners say pottery is a lost art. 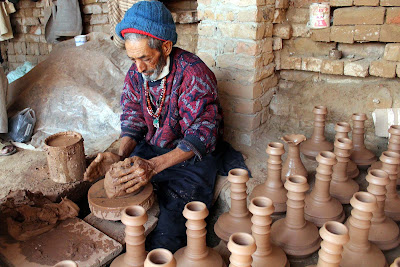 “Traditional pottery is long gone,” one shop owner and clay artisan said. He added that clay pots now are manufactured in factories in Lahore, Gujranwala, and other industrial sites in the country. The pots are then brought here and sold.
The shop owner’s father, who was present at the shop quipped, “We haven’t made pottery for the last three decades – now we just sit here.”
According to many vendors, the present generation has abandoned the profession entirely, choosing instead to purchase factory-made clay items and sell them. However, there are still some items that are made locally. Amongst them is the traditional clay oven – the tandoor, or huqqa.
These tandoors, which are made from a mixture of black clay and sheep hair, cost between Rs200 and Rs1,500. He said despite gas loadshedding facing many households and restaurants, no one is interested in buying these ovens.
In Rawalpindi, there are still some spots where one can witness pottery in its traditional form.
Hasan Ali is a craftsman who still uses traditional methods to make his clay huqqa, in a small compound in Gawalmandi. Ali explained that he learnt the art of pottery from his forefathers. “The art is dying, but we cannot do much,” he added.
According to Shahid Waheed, Associate Professor at the National College of Arts (NCA) Ceramics’ Department, “The reason behind the decline of traditional pottery is that many potters are not educated, and have limited exposure to the commercial market.”
Waheed said that since demand in the market has changed, new techniques more suited to meet the new demand, have evolved, leaving little space for traditional potters and their art.
“The survival of traditional pottery-making and its craftsmen will be difficult without the government’s support.” 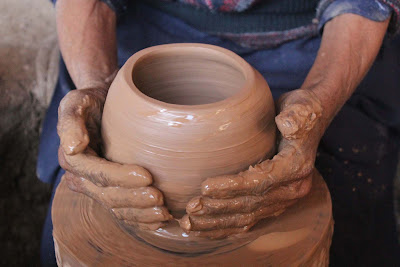