I’m looking at an image of a beach. Deserted, framed by distant headlands, with unsullied sands and clear waters. It is rendered in delicate strokes of watercolor. I’m thinking, as I have every time I have looked at the painting, about how much I would like to go there.

But I can’t. No one can, not even the artist. This beach exists only in his mind. Although he has lived only yards away from the Caribbean Sea for fifteen years, he has rarely seen the water. He is a prisoner at the Guantánamo Bay Detention Camp.

Last year, a lawyer, a friend of a friend, asked if I would curate an exhibition of paintings made by her client, a Guantánamo detainee. When I said yes, word spread among the lawyers who volunteer to help detainees, and then among the detainees themselves. Soon, my office in Manhattan filled with the tang of acrylic from hundreds of paintings, and the floor was crowded with model ships, sails made from old T-shirts, and rigging unraveled from the lining of prayer caps. 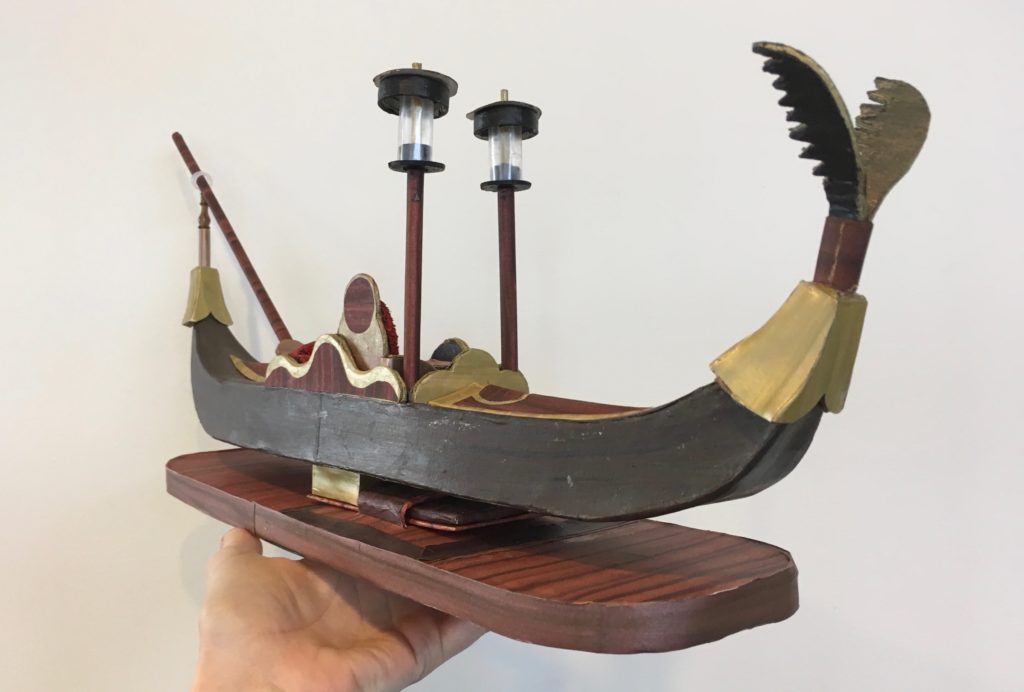 The art from the eight detainee artists I had selected for the exhibition began to arrive during the last few months of Barack Obama’s presidency, after Donald Trump had been elected. I tiptoed among the model ships in a stupor of apprehension, but the lawyers worked furiously. They had already convinced military review boards that two of the detainee artists no longer posed a threat to the United States. They were released into the custody of other countries, far from home. And on January 19, 2017, the day before Trump was sworn in, two more of the artists were released. The other four detainee artists are still at Guantánamo. It is unlikely that they, or any other detainees, will leave during the current administration.

And why were they brought there? One of the artists was detained because he took a job as a cook for some soldiers. Another helped plan September 11. Another carried a letter for someone he shouldn’t have trusted. Others aren’t sure of what they are supposed to have done, since no charges have ever been filed, no trials held. I stopped asking, and looked at the art instead.

Obama had wanted to improve conditions at Guantánamo. Soon after he took office, the Joint Task Force Guantánamo website was boasting that a new art program “provides intellectual stimulation for the detainees, and allows them to express their creativity.” The authorities hired an art instructor, under whom detainees produced the type of earnest exercises, shaded contours of apples and empty glasses, you might expect to see in a suburban continuing-education program.

Except that the detainees were working while shackled to the floor and drawing with charcoal because the authorities were afraid that pencils might be sharpened into weapons. Except that apples and empty glasses take on different meanings when they are drawn by men on years-long hunger strikes, fed by force every day. Except that each piece of art bore a stamp that reads “Approved by US Forces,” indicating that military censors had allowed the works to leave Guantánamo only after deciding there were no messages to Al-Qaeda hidden in the shading. 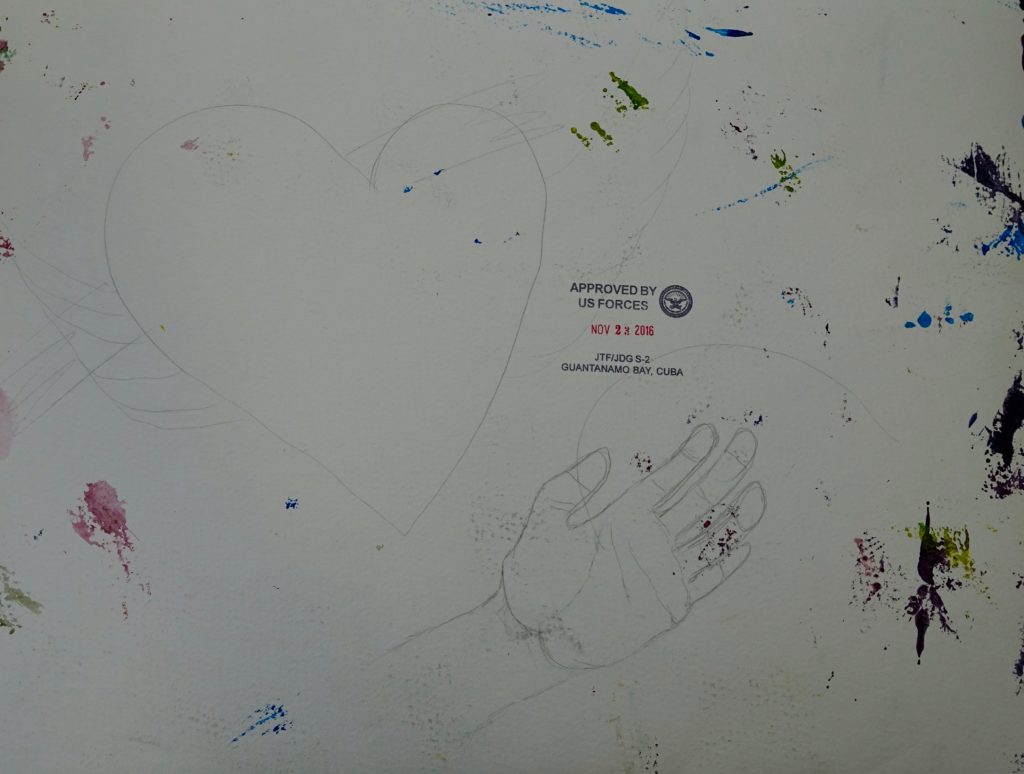 After the art classes began, the detainees began to choose their own subjects. Over and over again, obsessively, they painted and drew and sculpted the sea. Ships, waves, storms, wrecks. Piers, jetties, skyscrapers dangling over the water’s edge. Sandy beaches, rocky beaches, travelers looking down at inaccessible water from the tops of cliffs. From their cells, they could hear the sea. But at Guantánamo, detainees live surrounded by layers of fences, and the fences are covered by layers of tarps. Once, there was a hurricane, and the guards in one cell block removed some of the tarps for a few days. The detainees who could see the water looked at it as long as they could, before the tarps went back up. Others, held in isolation in an even higher security area, did not get even this glimpse.

On the opening pages of Moby-Dick, Melville writes about the “water-gazers” of New York, office-dwellers who spent their free time looking at the rivers and sea that surround the city: “Posted like silent sentinels all around the town, stand thousands upon thousands of mortal men fixed in ocean reveries.” Melville claimed that these loiterers were meditating on “the ungraspable phantom of life.” The detainee artists told me that they thought of the sea as a symbol of both hope and fear. They represented it in order to dream about escape and to escape as best they could. By immersing themselves so fully in making art, they could imagine that they were in a ship at sea—until the work was finished.

From the windows of the exhibition space, as from so many buildings in Manhattan, you can see water. I don’t see many of Melville’s water gazers these days among my fellow New Yorkers. But I have been walking down to the water lately, and looking at it for those who can’t. 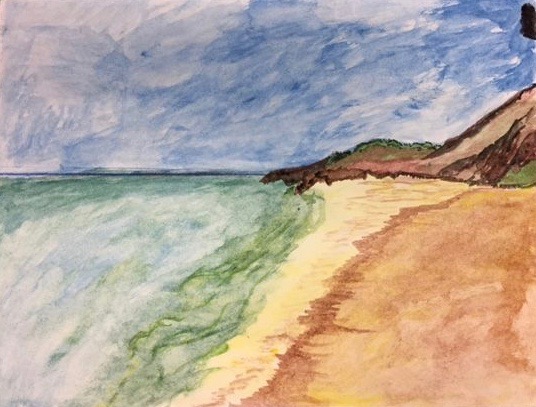 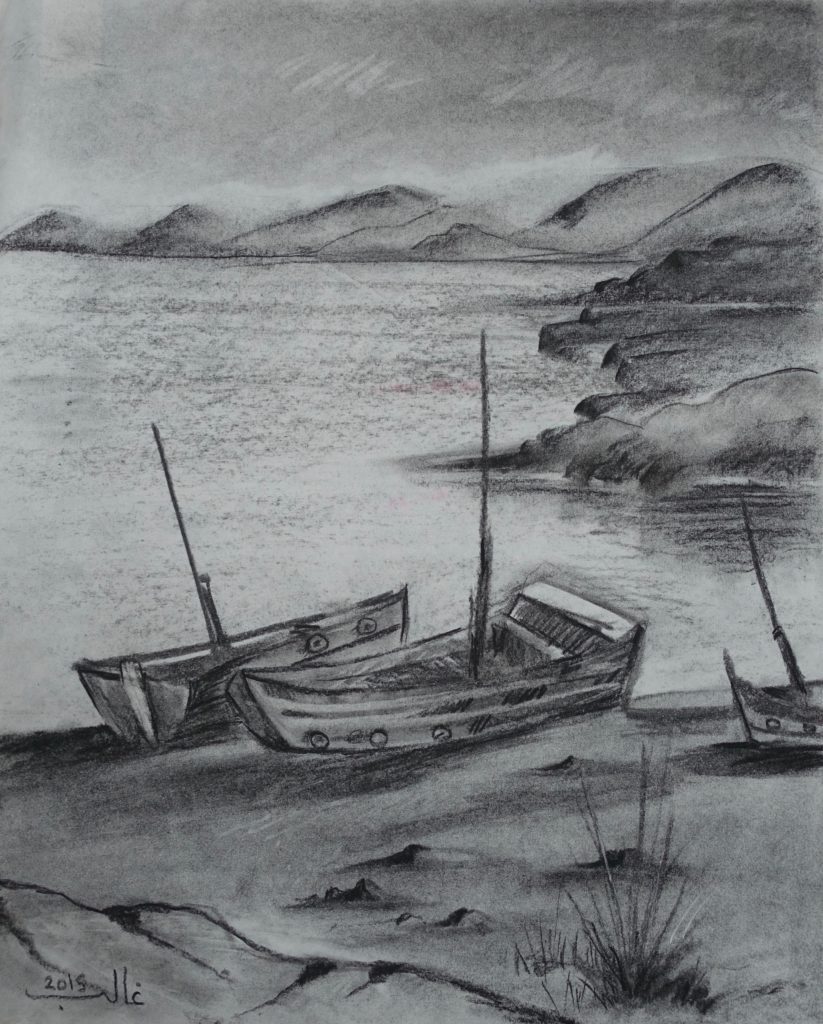 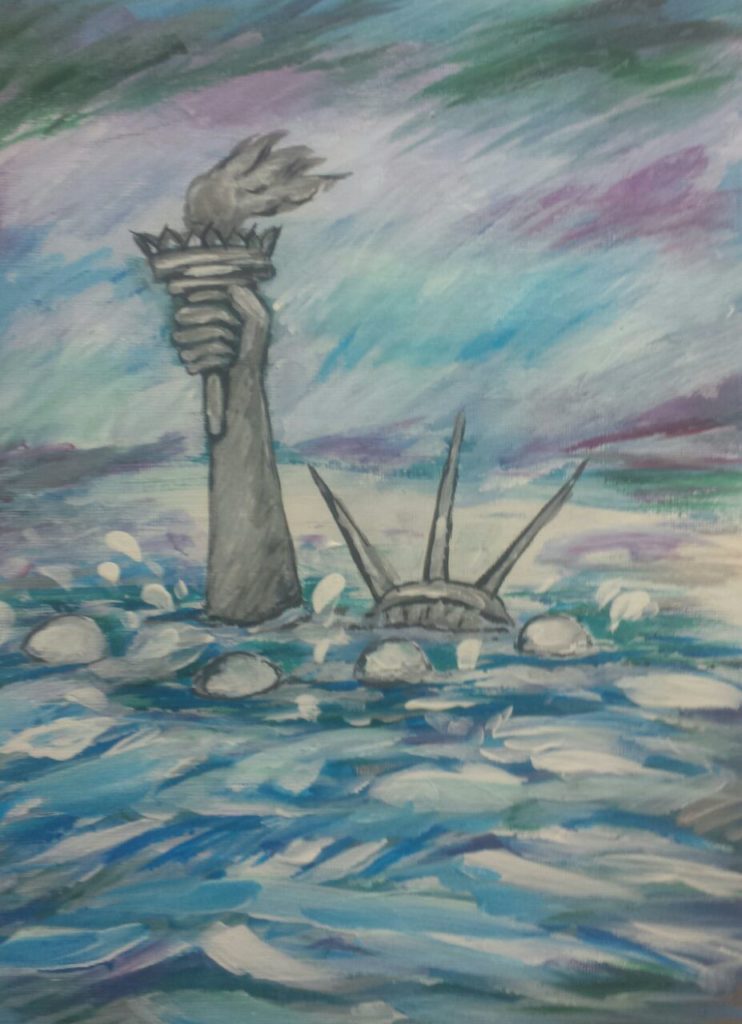 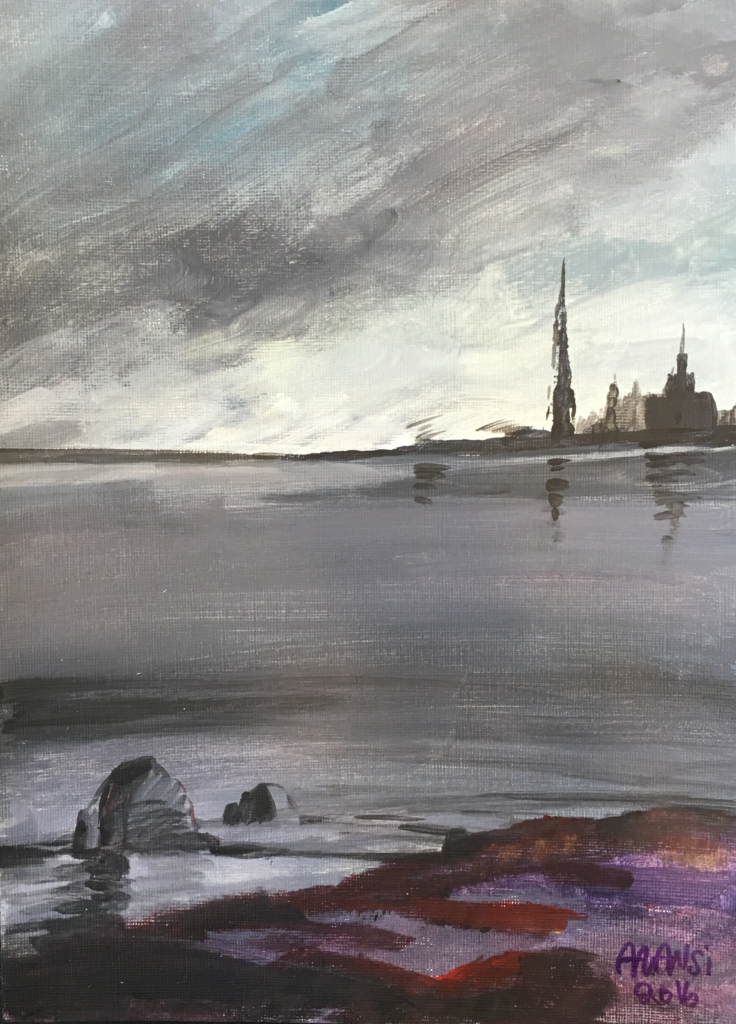 “Ode to the Sea: Art from Guantánamo,” is on view through January 2018 in the President’s Gallery of the John Jay College of Criminal Justice, City University of New York.

Reprinted from the Paris Review.

Erin Thompson is an assistant professor of art crime and art law at John Jay. Her first book,Possession: The Curious History of Private Collectors from Antiquity to the Present was an NPR Best Book of 2016.

In Historic U.S.-China Partnership, Budi Tek’s Shanghai-Based Yuz Museum Will Partner With LACMA, from ArtNews
Spectacular Mosaics Made of Sand and Shells